Can Tick Value Affect Your Trades?

Most traders get so involved in the act of trading they give very little thought to what they will be trading. They do they know that the instrument they choose to trade can have a significant impact on their overall success.

Pick a bad market, and you’ll find yourself under-capitalized, taking more significant losses, and losing out on a nice profit.

So how does the average trader pick a market to trade? Usually, there’s very little (if any) thought involved. They often gravitate to whatever market is “sexy” at the moment. This method usually translates into a fast, very volatile market such as Gold or Crude, to which the average trader may not be suited to trade.

Another popular way of picking a market is to go for a high tick value. This approach explains why the emini S&P is “King of the Hill” of the mini-index markets. At $12.50/tick, profits add up quickly – it’s almost too good to not trade – of course, people never seem to consider the reverse of the equation and think about how all those ticks will add up when they take a losing trade. 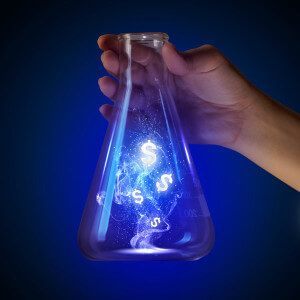 So what should a trader do? How do you determine the right market mix for your account?

For some reason, people mistakenly believe you can’t make money with a lower tick value market. They would rather trade the emini-S&P than the mini-Dow or NASDAQ markets, both of which are only $5/tick. What they fail to consider is that at less than half the tick value of the emini, the mini-Dow and NASDAQ offer much more options in the way of trade management and flexibility than they would have if they just traded the emini.

Case in point, let’s say there is a trade in the emini in which you could afford to trade one contract. That same trade is likely to be mirrored in the mini-Dow, but at $5/tick you could afford to trade two contracts. Why is this important? Having the additional contract in the Dow trade gives you the option of taking part of your position as profit at target and leaving the other contract in play as a “runner”.

In the emini trade, since you are trading a single contract, you have to make a decision whether to hold or cash out when you reach your profit target. Such a decision means you could be left out of a bigger move after exiting or end up losing your accumulated profit on the trade if the market should reverse and claw back against your position.

But having an additional contract to trade not only gives you flexibility on the profit side of managing a trade, but it can also help you control your risk on those “iffy” trades. Let’s say you get a signal in the emini which requires you to trade a single contract, but you’re not too sure about how the market is shaping up. With the emini, you have to make a “go/no-go” decision, but with the Dow, you have the option of scaling down your risk exposure and perhaps risking less on the trade. 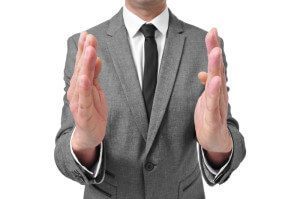 Because the mini-Dow would enable you to have two contracts to mirror the single contract emini trade, you could reduce the risk by trading a single Dow contract. That way if the trade works out, you still can participate in the trade and realize a profit. But if the trade doesn’t work out, at least, you lost less. Of course, if you were trading the emini this would be impossible because you can’t trade half a contract. So, you risk the chance of missing out on a profitable move or incurring a loss because you couldn’t reduce your risk.

I hope you see that taking a little time to consider the tick value of the market(s) you are trading can have a significant impact on your end results. Don’t gloss over small tick value instruments as “cheap”. Very often their moves will be just as big (or bigger) than their big tick counterparts, but they’ll offer you more options in the way of trade and risk management that you would ever have with those other “sexy” markets.