How to Know if You Will Succeed at Trading

Trading Success – Can it be measured and predicted?

It turns out that defining valid predictable measurements for success is easier said than done.

In his 2008 book “Outliers,” Malcolm Gladwell wrote that “ten thousand hours is the magic number of greatness.” 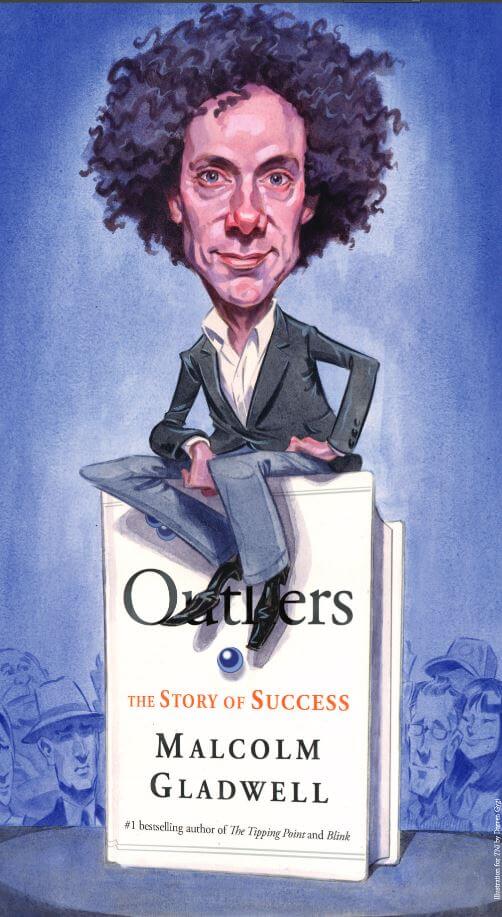 Those opportunities to practice early and often — along with precocious talent — allowed them to respectively invent software and modern rock and roll – or so the argument goes.

Based on studies in elite performance, Gladwell contended that it’s “an extraordinarily consistent answer in an incredible number of fields … you need to have practiced, to have apprenticed, for 10,000 hours before you get good.”

l analogize this to putting in the time necessary to train your brain to intuitively see repeating price patterns, also know as”Chart Time.”

Gladwell’s message — people aren’t born geniuses, they get there through effort — was seized upon by popular culture.

With that ubiquity, Gladwell drew academic haterade. Harvard prof and “Emotional Intelligence” author Daniel Goleman said the 10,000 hour was “only half right,” while a group of psychologists has rejected the rule outright. K. Anders Ericsson, the scholar whose work Gladwell based his argument around, came out against the over-application of the 10,000 rule.

In a Princeton meta-analysis study of 88 studies on deliberate practice, the researchers found that practice accounted for just a 12% difference in performance in various domains.

What’s surprising is how much it depends on the field:

Of the four domains mentioned above, I believe trading success is most similar to Games.

The best explanation of domain dependency is probably found in Frans Johansson’s book “The Click Moment.” 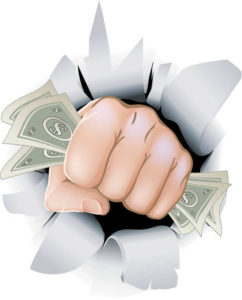 In it, Johansson argues that deliberate practice is only a predictor of success in fields that have super stable structures. For example, in tennis, chess, and classical music, the rules never change, so you can study up to become the best.

But in less stable fields, like trading, entrepreneurship, and music, the rules are more fluid and, at times, can go out the window:

So, mastery is more than a matter of practice.

“There is no doubt that deliberate practice is important, from both a statistical and a theoretical perspective. It is just less important than has been argued.” – Brooke Macnamara

But in today’s Ask Me Anything on Reddit world, Gladwell responds by saying that the over-glossy interpretation of his rule — that practicing 10,000 hours guarantees success — is a misunderstanding.

“There is a lot of confusion about the 10,000 rule that I talk about in Outliers. It doesn’t apply to sports. And practice isn’t a SUFFICIENT condition for success. I could play chess for 100 years, and I’ll never be a grandmaster. The point is simply that natural ability requires a huge investment of time to be made manifest. Unfortunately, sometimes complex ideas get oversimplified in translation.”

While you might want to argue that Gladwell is the guy responsible for the oversimplification, it’s helpful that he debunks his debunkers.

Then there’s the larger matter of how you practice. In “So Good They Can’t Ignore You,” author Cal Newport says that what makes ridiculously successful people so successful is they are experts at practicing — they can push themselves to the exact limit of their skillset and thus expand their abilities day after day. If you’re not developing yourself in such a fashion — called deliberate practice in the org psych lit — you’ll never be ridiculously successful – in other words, one of Gladwell’s outliers.

So, the question remains, “What else matters?” 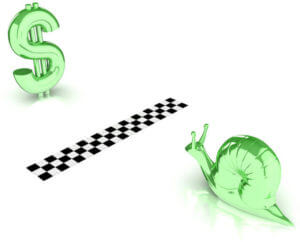 In my opinion, it is what best-selling author and researcher Angela Lee Duckworth calls “Grit.” In her book “Grit: The Power of Passion and Perseverance“, Ms. Duckworth explains the findings from her study on what traits or characteristics are the most significant predictor of success.

You might be surprised to know that Angela Lee Duckworth states:
“It wasn’t social intelligence. It wasn’t good looks, physical health, and it wasn’t IQ. It was Grit.”

She goes on to say, “Grit is passion and perseverance for very long-term goals. Grit is having stamina. Grit is sticking with your future, day in, day out, not just for the week, not just for the month, but for years, and working hard to make that future a reality. Grit is living life like it’s a marathon, not a sprint.”

To me, the most shocking thing about Grit is how little we know about it, and how little science knows about building it. Every day, traders ask me, “Will I be successful using your trading tools? What can I do to guarantee my trading success? How do I stay motivated for the long run?”

The honest answer is, I don’t know.

What I do know is that talent doesn’t make you gritty. Ms. Duckworth made it very clear in her book that there are many talented individuals who simply do not follow through on their commitments. In fact, her data showed that Grit is usually unrelated or even inversely related to measures of talent and intellect.

I’ve seen this very phenomenon with my customers.  Often, it’s the most intelligent people who have the hardest time accepting that trading success is part science and part art.

However, I can say this – so far, the best idea I’ve heard about building Grit in a person is something called “growth mindset.” This concept is an idea developed at Stanford University by Carol Dweck, and it is the belief that the ability to learn is not fixed, that it can change with your effort. Dr. Dweck has shown that when kids read and learn about the brain and how it changes and grows in response to a challenge, they’re much more likely to persevere when they fail because they don’t believe that failure is a permanent condition.

I can’t think of a better argument for daily attendance in a training/mentor based trade room.

For now, I am focusing my research using growth mindset for building Grit, particularly as it pertains to trading success. This field of study is in its infancy.

From personal experience, I am all too painfully aware of the growth mindset and the power of Grit. When we built our trading solutions, I demanded that we create trading software and education that was far better than anything in the market. After all, our slogan is “Everything to Succeed at Day Trading… All Under ONE Roof!”

In the spirit of full disclosure, there were some late nights when I had my doubts.  However, after continued customer feedback and testimonials, I can confidently say we succeeded in our goal.

The principles that resulted in our making best-in-class trading tools are exactly what I recommend to you on your road to trading success. You need to take your best ideas, your strongest intuitions, and you need to test them with a lot of hard work and practice. You need consistently measure your efforts even if you’ve been successful – and most importantly you must be willing to fail, to be wrong, and then to start over again with lessons learned. In other words, you need to be Gritty about trading Grittier.

And so, I leave you with this…