Trading Session Times – When is the Best Time to Trade? 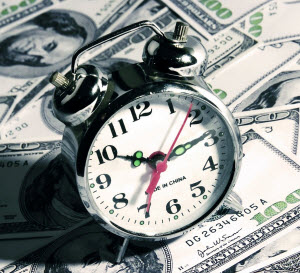 If you’ve been trading for any time at all, you’ve probably endured hours of boredom watching charts go by tick-by-tick only to have the market explode the minute you step away from your trading platform. Did you know there are “best times” to trade for nearly every market?

With the exception of special report days, which are a category all to themselves, finding the best times to trade is not difficult. And if you focus on the trading session during those periods you will not only increase your chance of finding a profitable trade but you’ll avoid wasting your time as well.

A quick look at a chart of the market you’re interested in will usually reveal a pattern when prices tend to become most active. For example, Crude Oil (CL) is most active in the morning session, usually between 10:30 – 11:30 am Eastern with some strong moves going right through the lunch hour – traditionally a weak time for most markets. In contrast, trading Crude Oil in the afternoon is the financial equivalent of watching paint dry, with little or no follow through on any of the signals.

As you might expect the EUR/USD Forex pair, or EuroFX Futures contract (6E), are most active during the European “day” trading session, which opens at 3:00 am Eastern and tends to make a somewhat pronounced move about the first hour into trading. While good moves can still be had during the North American hours the most predictable time to trade is when the Europeans are trading.

Likewise, the Japanese Yen (6J) (or USD/JPY) will usually pick a direction and stick to it about an hour after the Asian open (8:00 pm Eastern), but tends to lack commitment about an hour or so later in the trading session,

The emini S&P (ES), mini-Dow (YM) and NASDAQ (NQ) all seem to make their best moves from 10:00 – 11:00 am Eastern, but not always. The Index markets are a little tricky in that if the morning trade session has been quiet then there is a good chance there will be a big move occurring just as traders break for lunch at 11:30 Eastern. If there still hasn’t been a substantial move then the afternoon session is likely to be active; however, more often than not the “move of the day” has occurred before then.

Some markets like Gold (GC) will have more than one “prime time”. Gold tends to be active in the Asian open (8:00 pm Eastern) as well as about an hour after the North American open (10:30 Eastern) and will continue to trade briskly for about 90 minutes after which it seems to settle down again.

These are only a few examples. If you pay attention, it won’t be too difficult for you to identify the best times to trade the markets you’re watching. Trade “prime” session times and leave the rest to everyone else. You’ll increase your chances of finding a profitable trade and likely avoid getting into a trade that has no follow through. You’ve got better things to do than sit around and watch the markets tick by slowly any how, don’t you?

You are invited to join us in our Trade Room.  Click HERE to Register.