The Biggest Trading Error You Can Make in Day Trading 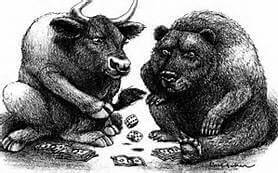 The reality is more trades does not always translate into more profit.  In fact, I would venture a guess that many of our customers that have traded for a few years can attest to the fact that the times they remember the most “active trading” have been times that probably started off well, and ended in some spiraling trading error horror story.  I have shared more than a few of these trading error stories with people along the way, as I have experienced the phenomenon myself.

One day, when I was doing some research about auction market theory, I stumbled upon a great article on The Huffington Post.  The author said something that resonated with me.  He said the best traders get paid the most money to wait.  What?  How does that make sense? Don’t we have to be active to get the best gains?

But then again, I was approaching a point in my trading career where I was utterly sick of losing the gains I had previously made. I knew how to identify good trades, and I seemed to have a handle on that part, but it always seemed that I made the same trading error and gave part or all (or more!) of my earnings back.  I would start a week strong, and finish with losses.  The same was true of my months.  The weeks I began with losses, seemed to either improve by week’s end or devolve into even more losses. But almost invariably, if I started strong, I finished weaker.

At some point, it finally clicked as to what was going on.  Instead of “closing down operations” after a significant gain, it motivated me (since I was sitting on profits), to look for more trades. But, when I was honest with myself, I found it was these particular trades that came after wins consistently involved the same trading error – fudging my trading rules and entering positions just because I was sitting on gains and felt I had “free reign” to trade more. After all, the “worst” I could do was give back profits.  What I failed to realize at was how painful it always felt when I did this and how counter-productive this trading error was to my account growth.

When I was sitting on the sidelines, looking for a good position to get into WITHOUT the luxury of already being up for the day/week/month, I took A LOT more time and care to make sure that if I was going to risk my capital sitting at break even or worse for the day/week/month it better be a really high probability trade.  You see, it wasn’t the position during the day that the bad trades were found in, but the position MY MIND was in when I took them.  I was encouraging myself to take trades after I was sitting on nice gains and not approaching them with the same care.  Once I recognized this in my trading, it not only completely changed the way I approached the market from that point forward, but it made me a subscriber of the “getting paid to wait” philosophy.

Fast forward a few years and I am now someone who is more than happy to sit and watch and wait in the market for the RIGHT opportunity.  If it comes, I take it, without hesitation.  If it doesn’t, I don’t force myself to look for one. Rather than be “bummed” or “irritated” that I had spent all that time in front of my charts for little or no trades, I looked at it as a different form of income. The income I made from NOT losing on less than optimal trades!  When I started adding up all the money I would have from just avoiding those bad trades in the past, it became CRYSTAL clear to me, that NOT trading can be VERY profitable! Simply being happy with not taking positions became all of a sudden easy for a guy who loved to trade as much as I could.

So, next time you are sitting for hours or even days without a “you’d be stupid not to take this trade” setup, consider yourself earning just as much as if you were taking a great trade in a desirable market.  Yeah, you do get paid the big bucks to WAIT!

Join us in our Trade Room and watch how we avoid these and other trading errors. Register here.