Success with a Small Trading Account is Possible… If Done Correctly. 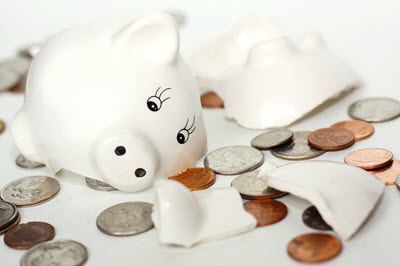 Let’s be honest, everyone begins trading with the hopes of making a lot of money through their trades, maybe even enough money that they can quit their jobs and trade for a living. However, when asked how they are going to make “a lot of money trading” most traders would not be able to give you an answer.

Somewhere in the back of their minds they secretly hope that they will catch the one big move that will set them up with a big enough trading account to be able to trade like the big boys. Unfortunately, the odds of catching the “big one” are probably the same as those for winning the lottery, if not worse.

A successful trader once told me that I should have a trading goal. The goal did not have to be a large one, but the simple fact of having a goal would help me focus better on the markets. I would come to see better opportunities (note this is not the same as “more opportunities”) as well as managing my money better.

Since I did not have a very large trading account, the trader suggested I start with a goal of netting $250 per week out of the markets. If I could do this consistently for four weeks, I should be able to net $1000 a month from my trades.

I was quick to point out to the trader who shared this advice that I couldn’t exactly live on a $1000 a month! He said that if I could consistently net $250 a week, for the next 12 weeks, theoretically there would be no limit on the amount of money I could earn by trading. Still confused I asked how this was possible.

He said that no trader, who trades for a living, does so trading just one contract at a time. The power of making money in the markets comes through the use of multiple contracts. However, trading multiple contracts without the right tools and methodology would be financial suicide.

The key to starting out with a small trading account is to be able to NET $250 a week from the markets. This means that after commissions and losses you should be up $250 at the end of each week.

Now here is the tricky part: while you should never enter a trade with the hopes of making up losses, the fact remains that if you have a valid system you are going to make consistent gains from your trading, your winning GAINS will need to surpass your losers (plus commissions).  Notice that I said GAINS, not number of winners.

Position Sizing is the Way

The more I thought about what the trader told me, the more I came to realize that this was possibly the best argument for position sizing that I had ever heard! It hit home that, while each trade is its own trade, the consequences of managing my risk (number of contracts) would either make, or break me in the long run.

The trader went on to point out that because the focus was on a profit goal, it was important to maintain a proper risk/reward ratio. If there was too much money at risk, given the possible reward, then it would put too much pressure on the following trades to make up for losses that were incurred earlier. However, by keeping risk to a minimum, the following trades would have a better chance of adding to the weekly profit goal.

If my profits were not able to largely offset my losses and expenses, then I might as well pack up my trading account right now and take the money to Las Vegas, where at least I could have a good time spending it.

While you might be comfortable trading one contract at a time, trading multiple contracts can put a lot of pressure on the psyche. This is why you must have tools to manage the contract sizing for you.  By using a trading tool such as Trade Manager, you will go into a trade knowing that you will not lose more than a clearly defined percentage of assets.

The same holds true for trailing our stops.  Don’t sit there and manually move your stop one tick at a time… that will drive you crazy.  Let technology like Trade Manager do it for you and thereby remove a tremendous amount of emotion from the trading experience.

Take your time and remember that position sizing and letting your profits run are the real goals.