Be a Losing Trader and Still Win at Making Money 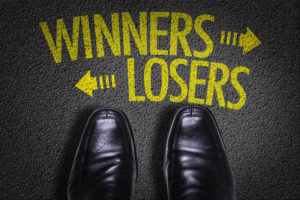 As a day trader, there is no way to be right all the time and losses are inevitable. But, with proper trade management, one trader’s loss could be another trader’s win.


So, how right do you have to be? Traders with a very high win percentage make more than those with a small one right? It sounds logical… Of course, a trader that wins a bigger % of trades makes more money.

Let’s say Trader #1 wins 90% of his trades. Bravo Trader #1! What a sharp chap right? And Trader #2 by comparison only wins 30% of his trades. What a loser! In which one would you like to invest? If you answered right away and said #1, please pay VERY CLOSE attention to the rest of this post.

For those of you who replied, “you can’t tell”. Bravo! The question I posed was very much a trick question. It’s like asking “if someone jumps off a ledge will they die?”. Right away you know there is a BIG piece of information missing: HOW BIG IS THE LEDGE? In our two traders’ cases, there was some significant data we would need before making a final decision. Most importantly is average win vs. average loss SIZE.

Trader #2: Only wins 30% of his trades, BUT his losses are only 5 points while his wins are 100 points. Do you see where I’m going with this? 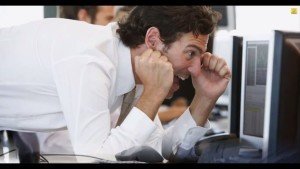 The same number of trades, GIGANTIC DIFFERENCE IN GAIN/LOSS. So the guy that barely ever won laughed all the way to the bank with his “losing” strategy and the guy who bragged about how accurate he was almost all the time had to find a day job outside of trading to support his “habit” of losing money in forex.

So you see, win % is only relevant in regards to how big the gains and losses are along the way. When I started trading, I used to believe that my whole goal was to be right all the time and never lose. The longer I trade, the less I care about the wins and instead, more about the “structure” of the trades.

Because even someone who is wrong most of the time can make serious $$$ in their account as long as they are going after bigger trades than they are risking. And that new Holy Grail system that promises you a 95% win rate just might not be the system you think it is when you see what the big losses are like compared to the tiny wins (we have all seen plenty of these).

In your own trading, you must think about the quality of trades you are going after and what are the potential for gains versus losses. The closer your entry is to a major area that has a lot of protection (support or resistance) around it, will usually allow a smaller stop than entries based on the momentum that may take place in between areas of protection.

Here are couple tips to help along the way:

1)  Look for trades that have MULTIPLE areas of “protection” close to the entry point, rather than spread out away from it. Sure it takes longer to find a trade that fits this model, but the smaller stop makes it much easier to grab a win that is double or triple the size of that stop.

2)  Look for trades without much in the way of the trade.  In other words, it is not banging up against a daily range. Trying to “squeeze” a trade into the areas of resistance can restrict win sizes. Attempt to look for trades with “open space” in the direction you want to trade. 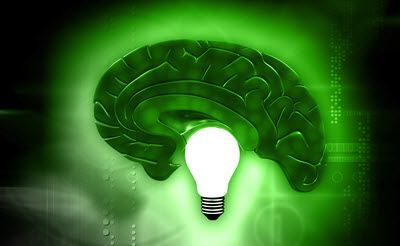 Understanding this critical concept of quality over quantity Overall will do well for you psychologically too. It takes the pressure off of feeling like you have to win all the time to be profitable. By keeping this in mind when you find a setup, you can not only make your trading less stressful, but also more profitable!

Want to try this out for yourself?  Check out the Day Trading Money Management Calculator

Now Get Out There and Find Some Great Trades!