What the Heck is Technical Analysis? A Trader’s Guide 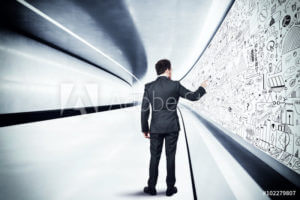 “And they’re off!”………..or are they?  Although the horse race begins with a loud announcement and a bell, we unfortunately do not have the same clear signals much of the time in the markets.   Technical analysis is a game of incomplete information and risk.  If we were able to know all the answers, there would be no money to be made as no one would ever take the bad side of an obvious trade, or it would involve illegally conning someone into giving you their money. If that doesn’t make sense, just think about why we don’t bet on games that have already happened, and what the persons involved would be doing if it DID happen.

Trading in the real market creates a situation where the outcome is unknown, therefore allowing different viewpoints to “take a chance” on their information and analysis and completing the necessary condition of a buyer and a seller to make the transaction exist in the first place.  The difference, in the long run, for the most part comes down to which side of that equation has done a better job gathering only pertinent information, thrown the rest aside, and making decisions based on what is left in a prudent, consistent and disciplined way.

That being said though; during planning, analysis and the decision process with a trade, you exist in only one of two conditions:

Now that we understand the two most basic building blocks of what we do in the course of market analysis, I want to take a moment to synergize them together.  The very purpose, just “why the heck” we need to analyze is to improve the odds.  May they ever be in our favor.  We realize that losses are certainly part of trading.  Remember, without that risk of loss, no one would ever win.  It is vital to the lifeblood of opportunity in free markets.  All we can do is try to “stack the deck” in our favor as much as possible, and then consistently apply our strategies based on that analysis in a market that offers favorable conditions.  By combining historical knowledge we can look for parallels in the future (such as an important historical horizontal support/resistance), as well as make trajectory predictions (like a trendline as one example).  Combine the two together where they meet and you have stacked the deck in your favor.  Sure, the market might NOT react at that point, but more times than not (given normal conditions), it will, and you can profit from it.

So what kind of information is out there to check out?  Well analysts are broken into two very broad categories which both have their place in the trading world.  The majority of the time any single person will likely lean heavily to one side or the other, but I would say it would be ignorant of any person to completely disregard one for the other.

Although there are people passionate that technical or fundamental analysis is truly superior over the other, I will leave it at they are both useful and necessary. Overall, it’s just important to remember that analysis of all shapes and sizes exist to help us in our trading, and we should use every tool we can to help, while ensuring we do not create an information overload.  The “Goldilocks” principle applies very much here, where we want just enough to make a good decision, but not too much to where we cast unnecessary doubt over the analysis itself.  Finding this place comes with experience and a great trading system.  By continuing to work at your own market analysis skills, over time you will get there.

Join us in our Trade Room.  Click HERE to Register.