What George Costanza Taught Me About Stop Management 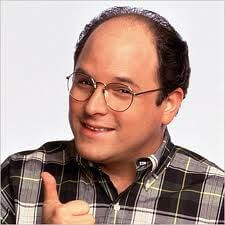 George Costanza (Jason Alexander), the lovable loser from the sitcom Seinfeld, never seemed to be able to get ahead. That is, until one particular episode where George got fed up with his circumstances and decided to do everything opposite of what he normally did.

The logic was that if the things he normally did got him to where he was now (loser) then doing the exact opposite should get him to where he wanted to be (winner). The outcome was that, by the end of the show, George was the new Manager of the New York Yankees, so his plan worked splendidly.

I thought this was a fascinating concept and one that might have relevance in the trading world as well. Maybe we, as traders, need to be more like George Costanza and question what we’ve assumed to be right all these years. Maybe like George, we too will have the opposite result and turn our losing trades into winners!

Traders tend to treat trading axioms as Gospel. If it sounds good, we believe it. We hear things like: the trend is your friend; cut your losses short and let your profits run; you need to have at least a 3:1 reward/risk ratio in your trades; and a whole slew of other trading advice that we adopt without question. These sayings sound good and on the surface, many of them seem to make sense. But my question is this: if all this trading advice is so good, why is it that most traders fail at trading?

What if like George, we did the opposite instead? What if we assumed that the Trend is not your Friend? What if instead of expecting the market might trend, we just took profit when we had it? After all, trending markets only occur about 20% of the time. That means the other 80% of the time the market is non-trending and will likely come up short of our profit objective, maybe even resulting in a loss because the Trend is Not really our Friend.

I busted my first account this way. I realized too late that all those $300 losers could have been $300 winners if only I took the profit when I had it instead of trying to ride a trend that wasn’t there!

How about Cutting Losses Short and Letting Profits Run? Great advice, right? All the time I see traders trying to Cut Losses Short by jamming their exit stops in so tight that their trade has almost no chance of success. They end up getting chopped up with a big loss.  A stop-loss in the proper place would have allowed them to stay in the trade long enough to realize a profit.  But, this is the opposite of what traders have come to believe is the right way to trade! What traders fail to understand is that Cutting Losses Short and Letting Profits Run has more to do with Risk control and Probabilities than with tight stop placement and stop management.

So what if WE did the opposite? What if we used a larger stop so that the trade had a better chance of working out? Remember the further your stop is away, the more likely you are to have a profitable trade. Trading is more about probabilities than most traders realize and choosing high probability stop and profit targets will go a long way toward improving your trading results. 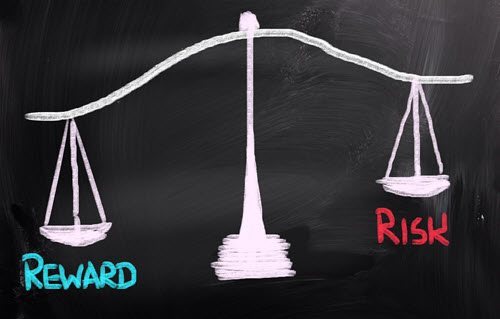 But traders are afraid to use bigger stops. That’s because they don’t understand how to manage their trading capital correctly, and that is because they’ve bought into the fallacy of Risk/Reward Ratios. I’m not a fan of Risk/Reward Ratios (RRR). Why? Because like the rest of the trading axioms we’ve been deluded into believing, RRR’s sound good but don’t work in real life.

RRR’s have an inherent flaw in their logic. RRR’s trades are based on Reward; however the Reward is the part of the trading equation that we do not know! So if you don’t know what the Reward will be (no one does), why would you make a decision to take/pass a trade based on something you don’t know?

Rather than worrying about the RRR of a trade, do the opposite and concentrate on what your Risk is. Unlike Reward, Risk is something you have control over. Risk Control is not risking more than you can afford to lose on any single trade. If you use a good backtesting tool to limit your Risk to a certain percentage of your trading capital (ideally 2%), you ensure that you never over-capitalize a losing trade.  This approach will mean a lot more to your success than some made up RRR.

Maybe George Costanza was on to something? Since over 90% of traders continue to lose money trading it would be fair to assume that either all this trading advice stinks or traders are doing it all wrong. Next time someone dumps a tired old trading axiom on you, ask yourself: What would George do?

Join us in our Trade Room and watch how we would make Constanza proud. 😉   Click HERE to Register.