Risk-Reward Ratios are a Lie

I got an interesting question from a member the other day. It’s a question I get a lot. This member asked, “how can you make money without a positive risk-reward ratio?” 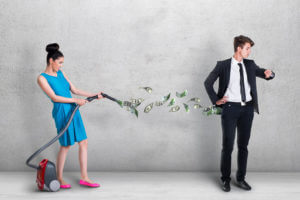 f you’ve followed my trades for any time at all, you’ll notice that I’m not a big fan of risk-reward ratios. Very often my risk to reward ratio is very lopsided, and by that I mean I’m risking more than I expect to make in the trade, so naturally people are confused, and they wonder how can this be?

After all, everyone knows you need to have at least 2:1, and ideally 3:1 risk-reward ratio, right? That’s what all the gurus say. But is it true?

Yes, on paper risk-reward ratios approach makes perfect sense: your reward should be more than your risk, but the problem with a risk-reward ratio method is that no one knows the reward side of the equation! We all have our best guesses of where the market will go, but the fact of the matter is no one can consistently predict where the market will go next. So, why would you base a trade/no-trade decision on something you don’t know?

And if you’re like me, you’ve had many good risk-reward trades come up well short of their reward targets, and other trades with a poor risk-reward ratio that went well past where they were supposed to go. A risk-reward ratio is one of those trading lies that sound good but don’t work in real life.

A Risk-Reward Ratio will not help you make money. 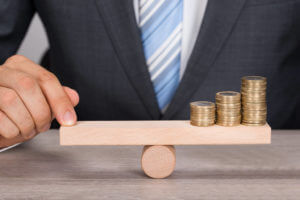 So rather than focusing on a risk-reward ratio, I concentrate on the probability that the trade will work out. A Risk-Reward ratio has nothing to do with the likelihood of a profitable trade. A trade’s probability is much more important that its possible reward.

Besides, unlike the reward, a trade’s probability is something you can figure out objectively. And once you know the probability of a trade working out, trading becomes a matter of risk management. Risk, unlike reward, is the only part of the trading equation you have any control over. So, if you can afford the risk, take the trade. It’s that simple.

Try it and see for yourself. I think you’ll find that probabilities combined with risk control are a very powerful combination for making money – much better than a risk-reward ratio.

Join us in our Trade Room to see how we address the risk-reward lie.  Click HERE to Register.