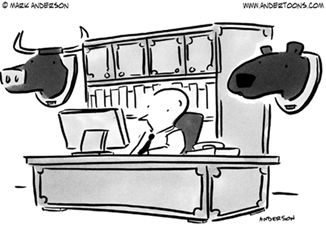 Most traders think they need to trade a lot to make a lot of money. I once counseled a fellow who wanted to be a “scalper.” He thought he had to trade 100 times a day. Imagine his disappointment when I told him he’d never be a successful trader trading that often. It wasn’t a surprise when he never came back.

I knew another trader who, to take more trades and (hopefully) make more money, traded a 30-second chart. This trader was so jacked on coffee and cigarettes watching a 30-second chart scroll by, I’m amazed he didn’t give himself a heart attack! At the end taking all those 30-second signals didn’t help his bottom line any.

We did a live presentation on this very topic. Click Here to watch it now.

It is a common misconception in trading that “more is better.” I admit, on the surface, it seems to make sense: if I trade more I will make more money. But this is not true. In fact, it is probably the exact opposite of what you should be doing!

People who engage in overtrading equate trading to other non-trading activities like work. If you work more, you earn more. But trading doesn’t work that way. Unlike the non-trading world where work = money, the trading world has one added variable that spoils the “more is better” theory. That spoiler is that it all comes down probability. 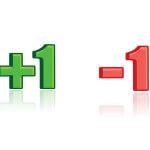 In the non-trading world, work and money have a 1:1 win ratio. You do your job; you get paid. But in trading, you can do the work and still not get paid. That is because in trading you have to deal with the probabilities of a trade working out. And to make matters worse, the more often you try to do this the less likely it becomes that you will be successful.

Any trade is essentially a 50/50 proposition. The trade will either make money or lose money. There are no other choices. In this way a trade is much like a coin toss, it will either be heads or tails. So what is the probability of getting one “heads” in a coin toss? That’s simple: 50%.

Now, what happens when you try to get two “heads” in a row? While each coin toss still has a 50/50 win ratio, the fact that you’re trying to string two “heads” together diminishes the odds to only 25%. That’s a big difference. All of a sudden you’ve got from “decent” odds to weak odds. And that’s only two coin tosses!

So now that you know how drastically the odds decrease with each subsequent coin toss, do you still think it’s a good idea to trade “a lot”? Can you see how overtrading can impair your ability to make money? Yes, each trade still has a 50/50 chance of making money, but the more trades you take; the less likely they will all be winners. Even one or two losers can be enough to spoil your hard earned profits on the day.

Learn from the Pros

Professional traders know this, which is why the Pros don’t focus on the quantity of trades; rather they look at the quality of the signal and then trade size. A Professional trader knows the odds. He knows he only needs to find one or two winning trades and day and maximize his position size (i.e., trade as many contracts/shares as he can afford) to be successful.

The math doesn’t lie. You can make yourself quite rich by only trading a couple of times a day. For example, let’s say you take just two trades a day in the emini and each trade nets you a point ($50), or $100 total for your two trades. With two contracts you would earn $200/day. Add another contract to trade three, and you’ll make $300. Five contracts, $500. Ten contracts, $1000 and so on. And all this from just two trades a day! 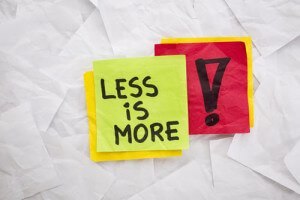 So why waste your time trying to capture one winning trade after the next? It’s not worth the effort. Focus on finding one or two good trade setups with high probabilities of success and capitalize on those opportunities. Don’t be like the 90% of losing traders out there who are overtrading in an attempt to catch every signal. That’s a sure fire way to bust your account.

Stick with “less is more” strategy. You’ll like those odds a lot better.

Join us to see these principles in action in our Trade Room.  Click HERE to Register.