How to Stop Over Trading 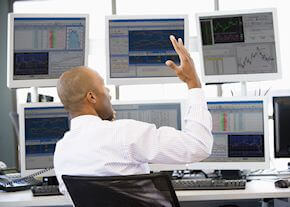 We’ve all done it. Some days the market just seems to have our number, and we end up taking too many losing trades. Or we have a good day and take one too many trades that ends up taking away much of our hard earned profit, or worse, puts us in a losing position. Over trading is a big problem among traders. Over trading can damage your account more quickly than almost anything else you can do. Part of the problem with over trading is we don’t know when we’re doing it – until it’s too late.

So what is a trader to do?

How can you stay away from the evils of over trading?

Developing a proper trading plan is not difficult to do; however, most people don’t know where to start.

For a trading plan to be effective it must have three things:

How do you avoid over trading and make more money at the same time?

Simple, put a limit on the number of trades you are going to take! On the surface, this seems counterproductive. People think that to make a lot of money trading you need to take a lot of trades (hence the problem of over trading), but nothing could be further from the truth. You don’t need a lot of trades to make money, but you do need quality trades and enough “size” to trade them efficiently.

What if I told you that you could make $500,000 a year trading the emini S&P just two times a day for just one point ($50) per trade? How? By trading 25 contracts each time, that’s how. Now I can already hear you saying “But I can’t afford to trade 25 contracts!” Okay, that’s fair, but what if you traded 5? That would still be $100,000/year. What if you traded 3? That’s $60,000/year. Regardless of how many contracts you can trade, the point is that you are making incredible returns on only two trades a day!

Did a light just go on? Did the previous example show you that it is not the frequency of trading that makes the money; rather it is taking quality signals combined with the largest position size you can afford that makes those profits possible? So if you’ve been over trading because you think you need to trade a lot to make a lot of money, I hope you can see that is a myth. Your goal as a trader should not be about maximizing the quantity of signals; rather it should be about maximizing the amount of your position.

How many signals are enough? For most traders, two to four signals a day will give them enough opportunities to maximize their earnings without risking damage to their account. While this does not seem like a lot of trades, remember that the more trades you take, the more you bring the Law of Averages into play and the more likely you are to incur a loss. There are many days that I can go four for four trades and post a $1000+ profit.

It’s funny, but while all traders trade to make money they rarely consider finishing the day “in the black” as an important part of their trading plan. This view is exactly what you need to do if you are going to be a successful trader! By having the plan to finish the day with a positive result, you not only prevent over trading but improve the odds of ending the day with profit as well.

How does this work? Let’s say you have a daily trading objective of 3 trades and ending with a positive result. Let’s say your first two trades made $100 profit per contract each. You currently have a profit of $200 per contract, but your plan is to take three trades, so you’re still on the lookout for another signal. Now let’s say that your third trade doesn’t work out and gives you a $300 loss. You are now net -$100. 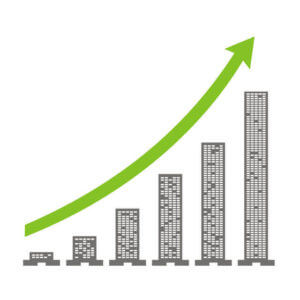 Now that might not seem like a lot of money, but remember just like the emini example earlier, these results are per contract. If you were trading three contracts each time, then you finished the day +$300, five contracts, +$500 and so on. As you can see it doesn’t take long for results like these to add up to a point where you could trade even larger positions thereby further increasing your earnings and all without the danger of over trading your account! Oh, and are your tracking all of this in an online trading journal?


Escape Plan for Over Trading

As with all things trading related, nothing works 100% of the time. There will be days when the market just seems to “have your number” and you can’t find a winning trade to save your life. On days like this, you need an escape plan to protect your account.

An escape plan can take several forms, but it is important that you have one. The simplest escape plan is to set a loss limit, or maximum drawdown for the day and is the easiest way to keep from “blowing up” your account. A maximum loss can either be a “pain threshold” dollar amount or a percentage of your account. A 5% account drawdown is enough risk to give the market a fair chance but not so large that you can not recover from the loss in a day (or two) if the market goes against you.

Another form of escape plan is to stop trading if the market is acting too unpredictable. This decision is easier to determine if you are using a trading system to generate your signals or if you have a strict method of entering your trades. In this instance, you would stop trading if the system gives you “X” false signals. 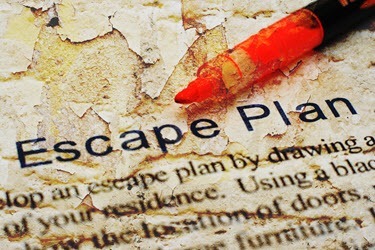 For example, I use the DTS Trading System to generate my trade signals. I know the system produces high-quality signals, so if I get a losing trade off a quality signal, I know that something is not right with the markets. Therefore I have a “three good signal loser” limit: if I get three losing trades off good signals, then I know that the markets are not behaving as they should, and I stop trading the rest of the session.

Eliminating over trading is all about having the plan to keep your emotions in check. The markets will always be unpredictable, but by knowing in advance how you are going to deal with the markets puts you one step ahead of the majority of traders who continue to on trade their emotions and jeopardize their accounts in the process.

Join us in our Trade Room to see how we avoid Over trading.  Click HERE to Register.