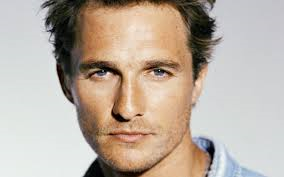 It’s funny how when you’re a trader you find trading related tidbits popping up everywhere, sometimes in the most unusual places.

The other day my wife was watching a television interview with Matthew McConaughey, the actor.

McConaughey was promoting his new film and talking about working with great actors like Leonardo DiCaprio when he said something that resonated with me as a trader.

McConaughey said, and I’m paraphrasing, he was impressed working with the great actors not because they had some “magic” ingredient to their skill; rather it was because the Great actors did the simple things extremely well.

I thought that was a profound observation for any aspect of life, but especially for trading. 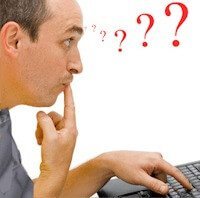 It must be in a trader’s DNA to complicate things because often we make trading not simple. Typically, traders focus on tweaking their signal to the nth degree hoping to finally get profitable. But this isn’t what Great traders do. Just like McConaughey observed, great traders do the simple things extremely well.

So what are the simple things in trading? I think there are three. And if you concentrate on these, I think you’ll go a long way to improving your success as a trader.

As I said, traders are tweakers. We can’t help it. We’re always looking for a way to make our signal better.  It is impossible to have a signal that performs 100% of the time – but that doesn’t keep us from trying!

What’s more important than finding the perfect signal is having a signal that you can use. Traders’ charts are often cluttered with far too much information resulting in analysis paralysis. Better to have a signal that gives a clear go/no-go signal than one stops you from making a decision!

Losing trades are a part of trading, but having losing trades does not mean you can’t, or won’t, make money. One of my best months trading was done with only a 45% win ratio!

Forget about trying to perfect your system and opt for a clear signal instead.

Using a clear signal was one of the driving principles behind the design of the Diversified Trading Systems (DTS): clear, concise signals from which you can immediately make a go trade/no-trade decision. Try it. You’ll find the ability to make a decision liberating!

Most traders don’t know about good money and risk management. They think it has something to do with keeping a positive Reward/Risk Ratio. But, nothing could be further from the truth.

Risk and money management are all about protecting your trading account and never risking more than you can afford to lose. By managing your risk, you give yourself a chance to stay in long enough to properly capitalize on the winners when they come. And since there’s no such thing as a 100% winning signal, it’s important not to cripple your account with the inevitable losers.

Many traders think the best way to protect their capital is to limit the number of contracts traded. This only serves to leave profit (sometimes A LOT of profit) on the table when the trade is a winner. Other traders think the best way to protect your account is to run a tight stop loss, but that only strangles your trade; stopping you out before you have a chance to realize the move’s full profit.

The best way to manage your risk is to keep risk constant.

Risk is the only part of the trade equation you have any control over. Keeping risk limited to 2% of your account enables you to take 10 losing trades in a row and only have a 20% drawdown on your account. In other words, even after 10 losers in a row, you still retain 80% of your trading capital!  (Please read that again… and again!)

It should be noted that proper money management can be a cumbersome task when you are trading, especially if you’re day trading, or, at least, it has been up until now. Trade Manager is the best risk/trade management software available to NinjaTrader retail trader. This sophisticated piece of software will manage your risk, and your trade – automatically! 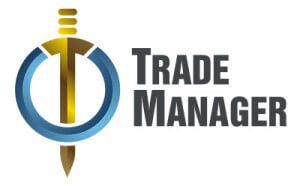 With Trade Manager, you can control your risk exposure and maximize your profits using the same tools and principles employed by Professional Traders and Money Managers. If you’re serious about making a profit, this is the must-have tool you!

Chances are you overtrade. A lot. We’ve all been guilty of it. Sometimes we’re chasing a market, sometimes we’re trying to get even, sometimes we get caught up in the action, whatever the reason is, overtrading will kill your account.

Most traders think more trading equals more profit. Often this is not the case. I’ve dealt with enough traders to know this for a fact. I worked with a trader who wanted to trade 100 times a day. I told him he’d never be a successful trader trading with that kind of frequency. I wasn’t surprised when he never came back.

So how often should you trade? Answer: As little as possible.

Think of flipping a coin. Each coin toss is a 50/50 proposition. Over time, the coin will come up Heads 50% of the time and Tails the other 50%. But the odds of tossing Heads (or Tails) decrease dramatically if you try to do it more than once in a row. Try tossing three Heads in a row; you’ll see what I mean. Statistically speaking you will do that only 12% of the time.

What traders fail to realize is that the same diminishing odds of tossing Heads three times in a row also applies to trading. The more you trade, the less likely you will be to string together a big number of winners in a row. Now I can hear you saying “but my signal produces much better than 50%!” Terrific, but any signal that isn’t right 100% of the time will decrease in probability the more you try to do it.

Let’s say you have a 70% winning signal. That means you’ll grab three sequential winners slightly more than 30% of the time. If you try going for five winners in a row, you’ll barely do that 17% of the time; in other words, you’re going to fail more than 80% of the time. How do you like those odds?

Reducing your trading frequency not only tips the odds in your favour but it also takes pressure off your trading.

In trading, less is truly more. A commitment to only taking two or three winning trades a day makes it easier to pass on questionable setups and hold out for stronger moves. Trading less is how Wall Street trades. The Big Boys make their money by increasing the number of contracts they trade, not increasing the number of trades they take. This trade “less (often) with more (capital)” approach is a good lesson for the average trader to learn as well. 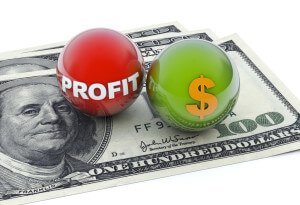 So there you have it. Learn to do the simple things extremely well and you’ll be on your way to becoming a better, more profitable trader. Thanks Matt for the advice for the great money management advice.

See the power of proper trade and money management in our Trade Room (Every Wednesday).  Click HERE to Register.