What is From the Branch to the Forest? Trading Options – DTS (Part 1) 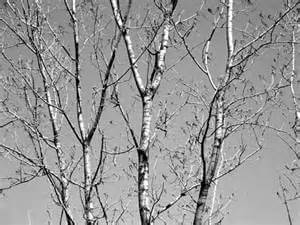 Using the Hawk Micro Scalper, Falcon Swing Trader, and the Eagle Trend Trader within the equities markets can produce strong results.  Trading equity options can be used to add “beta” to an existing trade or as “the” trading vehicle.

There are several research (trade set-up) parts/steps that are necessary to do prior to trading options based on DTS trading signals.

Step One: Options Basics and Understanding Theta is Your Friend

Step Two: What is from the Branch to the Forest?

Step Three: Volatility and the One Way Street

What is From the Branch to the Forest?

Allow me to begin with a lesson learned.  While studying at college in Chicago one of my instructors took the class on a study walk.  There was an Alexander Calder sculpture close to the conservatory.  My professor was in the process of relating modern sculpture to that at the turn of the 20th century, when we came upon a street artist who had a large canvas strewn out on the plaza and appeared to be attempting to interpret the Calder sculpture by throwing paint onto the canvas a’la Jackson Pollack.   My professor after a quick assessment asked the artist to “Draw a tree.”  Appearing aloof he quickly turned and continued over to the Calder, where he proficiently explained the importance of “knowing what has come before you.  Studying the masters for style, methodology, and expression significantly increases the probability of having a successful ……… (fill in the blank).”   Knowing and understanding what has come before is essential in building winning trading strategies.

History usually favors the odds – the probability of success.  All of the analytical skills that I employ have past the test of randomness.  They continue to work in just about all markets.

Elliott Wave and Fibonacci relationships are at the top of my list.  They continue to provide me with an accurate detailed look at the probabilities from the long-term to the short-term.  Market psychology, a favorite subject of mine, contributes heavily to market psychology, as does socioeconomics.  Market psychology has likely been altered with the disappearance of most trading floors both equity and options.  Even the stoic NYSE trading for the most part is electronic.  Brokers don’t run around anymore as orders are routed electronically to the Specialists computers from all parts of the world in nanoseconds.   Time has become a major factor in meeting the needs of the TBTF traders.

There are many tools and methods available that when applied accurately produce accurate probabilities.   I strongly advocate choosing a few and learning everything there is to know.

In developing a road map of possible paths a particular market can take requires gathering as much information as possible.  I usually begin with the longest period of chart history available, for example a 20-year (or longer) monthly chart and look for discernible patterns.  I also look at the extremes and balance them against what had occurred to create the extreme.  There are many factors that go into what makes a “market” tick and I have found that most if not all can be attributable to market psychology.  In other words was the response euphoric or panic, sharp in either direction or neutral to sideways.  How much time did it take to get from A to B, what are the relationships that contributed to a change in the market psychology.  I continue to begin my technical research of a market using the Elliott Wave Principle. 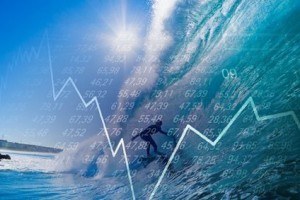 In 1939, twelve articles by R.N. Elliott titled“The Wave Principle”were published by The Financial World.  From the original publisher’s note:

“During the past seven or eight years, publishing of financial magazines and organizations in the investment advisory field have been virtually flooded with “systems” for which their proponents have claimed great accuracy in forecasting stock market movements.  Some of them appeared to work for a while.  It was immediately obvious that others had no value whatever.  All have been looked upon by the The Financial World with great skepticism.  But after investigation of Mr. R. N. Elliott’s Wave Principle The Financial World became convinced that a series of articles on this subject would be interesting and instructive to its readers.  To the individual reader is left the determination of the value of the Wave Principle as a working tool in market forecasting, but it is believed that it should prove at least a useful check upon conclusions based on economic considerations.

After the 1987 global stock market collapse I began to study technical analysis.  In 1988 I attended an “Elliott Wave Principle ” seminar.  I was immediately hooked and set out with a pencil, ruler and several pads of large graph paper.   Many nights I literally laid out “The Big Picture” across the floor of my Amsterdam apartment.

The Elliott Wave Principle is a system of derived rules and guidelines first used to interpret the major stock market averages.  As applied and used by R.N. Elliott it offers a precise road map of the “underlying” being analyzed.   There are 4 rules and 9 guidelines that have stood well against the test of time.  Don’t break the rules and apply the guidelines.  Anything different is effectively not the Elliot Wave Principle and becomes the “John Doe” Principle.

The Wave Principle is a valuable tool.  Unique in nature due to its general characteristics and strong accuracy when used correctly, the wave principle measures with striking precision market psychology and behavior.

The broad concept is as follows: within the context of direction the trend (bull or bear market) of the market will develop and build upon or within sequences of five-waves, three in the direction of the larger trend and two in a counter trend direction.  Waves 1, 3 and 5 are termed impulse waves and waves 2 and 4 corrective waves.  Wave 2 corrects wave 1, wave 4 corrects wave 3 and the entire sequence 1, 2, 3, 4, 5 is corrected by the sequence a, b, c.  Therefore a complete sequence (cycle) consists of eight waves.

elliMagnitude (duration and size) was also discernible to Elliott and he precisely categorized them into nine different ranges:  Grand Supercycle, Supercycle, Cycle, Primary, Intermediate, Minor, Minute, Minuette, Sub-Minuette.  Correctly employing the principles gives the analyst valuable input with regards to where the market is within the larger trend in force which in turn provides a clear road map complete with directions.

When Elliott wrote Nature’s Law he made specific references to the Fibonacci sequence of numbers as being the mathematical basis for the Wave Principle.

The Fibonacci number sequence has gained in popularity since Leonardo of Pisa gave credence to logical sequences.

“Leonardo Fibonacci, born around 1175 in the present-day Pisa, Italy, is known by various names. Being of Pisa, he is called Leonardo of Pisa, which in Italian is Leonardo Pisano. His full name was Leonardo Pisano Bigollo. Historians are not sure what “bigollo” means. It could mean “traveller” or “good-for-nothing” (see ”Did his countrymen…”). Fibonacci’s father’s name was Guglielmo Bonaccio. As such, in 1828, centuries after Fibonacci’s time, Guillaume Libri invented the name “Fibonacci” from “filius Bonacci,” latin for “the son of Bonacci.” Fibonacci, as he is called by most today, is therefore, just a short version of “filius Bonacci.”

Demonstrations of how nature is built upon and human beings have instinctively used the Fibonacci sequence (Golden Rectangle, Golden Spiral, Golden Ratio) is well documented.  The Golden Spiral or the logarithmic spiral has no boundaries and is a constant shape.  The center is never met and the outward reach is unlimited.  Thus the core of a logarithmic spiral on a microscopic level has the same look as a spiraling galaxy.

The concept of limitless growth is clearly represented by the Golden Spiral and was so noted and used by the Elliott Wave Principle, which is built upon the law of the logarithmic spiral (nature’s law).

Elliott also noted the most common relationships between the various waves was measurable.  It is these relationships upon which Fibonacci analysis is built.

There are many technical tools available and most are credible when studied and used properly. Two that I trust on a long term and short term basis are:

Stochastic Oscillator – In technical analysis of securities trading, the stochastic oscillator is a momentum indicator that uses support and resistance levels.  The term stochastic refers to the location of a current price in relation to its price range over a period of time.  This method attempts to predict price turning points by comparing the closing price of a security to its price range.  Dr. George Lane, a financial analyst, is one of the first to publish on the use of stochastic oscillators to forecast prices.  According to Lane, the stochastic indicator is to be used with cycles, Elliott Wave and Fibonacci retracements for timing.

Relative Strength Index (RSI) – is intended to chart the current and historical strength or weakness of a stock or market based on the closing prices of a recent trading period.  The RSI should not be confused with relative strength.  The RSI is classified as a momentum oscillator, measuring the velocity and magnitude of directional price movements.  Momentum is the rate of the rise or fall in price.  The RSI computes momentum as the ratio of higher closes to lower closes.  The RSI is most typically used on a 14 day timeframe, measured on a scale from 0 to 100, with high and low levels marked at the 70 and 30, respectively.