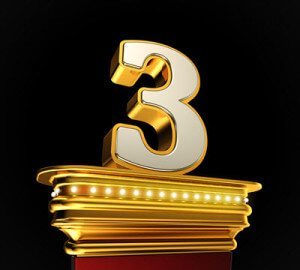 The Rule of 3 is a day trading signal which is unique to the Diversified Trading System’s Eagle Trend Trader. But, even if you don’t trade the DTS Eagle, it presents some interesting opportunities for day traders. What makes the Rule of 3-day trading signal so compelling is that it gives an early warning of a collapsing trend. A Rule of 3 occurs when price breaks the hard edge on the Eagle and prints three (3) counter-trend signals. The Rule states that a reversal is likely to occur after the third signal prints.

He is an example of the Crude Oil market showing several good Rule of 3 signals with excellent follow through. Let’s take a look at how the Rule of 3 day trading signal developed what we can learn about the formation.

How the Rule of 3 Day Trading Signal Works 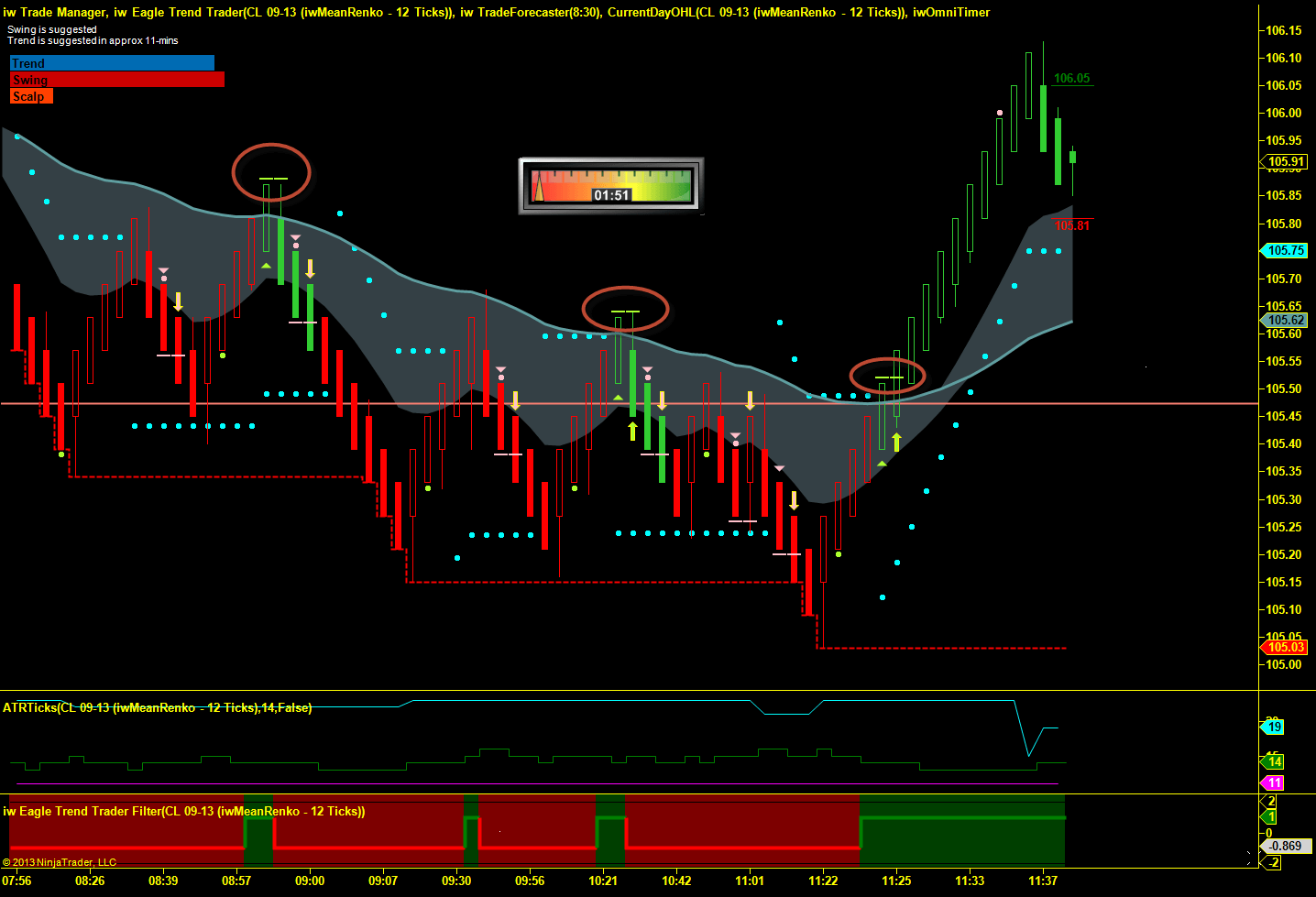 Now, a single break of the hard edge does not a reversal make; however, it does suggest that market pressures might be changing. The Eagle band is significant. The tool has been designed to envelop price so long as the market remains in trend. However, once price begins exceeding the hard edge of the band, it suggests the trend could be nearing its end. I always get cautious when the hard edge of the Eagle gets violated as a reversal might be looming.

Notice how choppy trading became after the first and second breaks of the hard edge? This situation shows that the market is struggling for direction. When price continues to violate the hard edge of the band, it is a possible sign of a change in trend, which is exactly what happened when the Eagle fired the third counter trend signal, thereby completing our Rule of 3 formation.

Each time price breaks the band and prints a counter-trend day trading signal it is showing that counter-trend forces are gaining strength. In this case, the Bulls were managing to move price high enough actually to make DTS print a BUY signal. Although we would not BUY because there was still a bearish band and the Rule of 3 did not fully develop each subsequent push and counter-trend signal showed the Bulls gaining strength.

Price exploded after printing the third counter trend signal hitting the first and second profit targets in a matter of minutes. This event is not unusual. The mounting pressure behind a Rule of 3 trade is significant and can result in some very fast moves.

The band on the Eagle Trend Trader is an important indicator. Unlike traditional moving averages, the band on the Eagle has been specially programmed to contain price so long as a trend is present. Once price begins breaking the band,  it shows that the trend is faltering, alerting you to be more cautious with trend trades and to be on the lookout for a possible reversal, especially when the Eagle is printing counter trend signals.

Knowing the current trend could be in jeopardy goes a long way in planning your next trade.