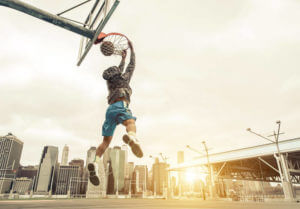 Let’s take a trip down memory lane shall we?

It was 1989.  Michael Jordan was a rising star, on his way to becoming legendary.  Spike Lee was making edgy, popular films. Being a huge basketball fan, he agreed to do an unforgettable commercial about Jordan called – Remember? “IT’S GOTTA BE DA SHOES!”  This television commercial for our younger audience, as themed around Spike Lee “inquiring” as to how Michael Jordan was just so amazing, and his focus was around the most obvious answer….the shoes!

Wait!  You’re telling me that you don’t believe the shoes MADE Jordan a great player?  Without the shoes….average, six and a half foot guy.  With the shoes, though…..look out!  Yes, it’s a very cool advertisement, one that has stuck with me for 25 years no less.  I still quote it (uhh, did a few sentences ago) and my brother and I still joke about it (my family is a solid Bulls-loving team with me as the “black sheep”).  But at no time would anyone be taken seriously if they believed that MJ’s historic career was built around his footwear.  His journey was a combination natural talents and abilities, and complete dedication to his craft including physical fitness, being a “student of the game”, practice, practice, more practice, a die-hard competitive spirit, and more practice.

And yet, we approach another arduous 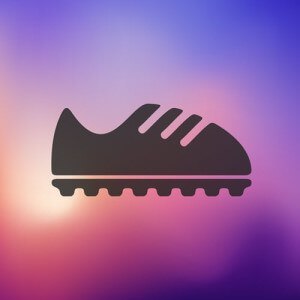 journey to day trade to win with the attitude that if we merely work hard at finding the “right system,” there is nothing else to do other than sit back and make money.  We just think that the difference between us failing (which we seem to do continually), and those “others” out there who are making money HAS JUST “GOTTA BE DA SHOES”!  Really?  If you believe that, please email me the answer to the next question:

“If making money in day trading is as simple as plunking down money for the “right” system, then why do so many people fail at it?”

In a world of information, why the heck wouldn’t you find it?  If you don’t believe it exists, then why are you looking?  If you do believe it exists, why can’t you find it among the thousands out there?  Is it a conspiracy?  Is there some big “secret” that someone is holding back from you?  Game rigged?  All scams?  After all, few people TRY to lose money at trading.  And yet many/most do.

Let me tell you about a particular person who went on a mission to become a trader as a career.  He began his Day Trade to Win journey by getting sick of working for someone else.  Since he had some experience in the financial world, he decided he could essentially be his “own firm” and work from home. Oh, the dream was starting to come together.  “How hard could it be?”  After all, this guy had always done rather well at investing in the stock market.  But his strategy required extended periods, and he wanted not only to grow his nest egg but provide income along the way.  He figured trading was the answer since he saw it as “investing at a more rapid pace”.

At this point, he found out about the futures market and how accessible it had become with discount brokers and custom day trading software.   Heck, there was even trading commercials on TV.  And with access to significant leverage, instead of his equity broker only giving him 2:1, this guy figured he could make a lot very quickly if he got good at it.

So he opened his first account and promptly tripled it almost by accident. High on confidence and lucky gains, he proceeded to blow that account in one evening, and the first shock of “reality” started to set in.  By that point, though, the dream was firmly attached to both heart and brain and quitting was simply NOT an option.  There HAD to be a way to do this!  After all, others were making money out there, why not him?  “Back to the drawing board!”

The research then started, and our trader found himself bombarded with emails offering him a “guaranteed way to make money while you sleep”, and “secrets the big boys don’t want you to know”, and “buy our system, make a fortune” or “plumber goes from house calls to calling from his yacht using our proven techniques”.  Any attempt made to find out information about the trading itself was very expensive, or simply seemed overwhelming with all the billions of indicators, harmonic-what, and Fibbo-who?  After all, he thought “if I could just find a winning system, the rest would just be details” and “I obviously can’t day trade to win without a winning system.”  And so the obsessive hunt for that perfect system began and so did the “system hopping cycle.” 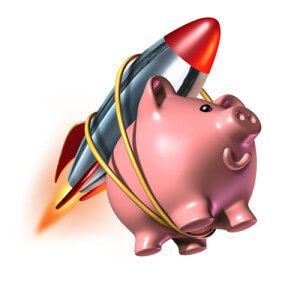 His journey began with some advertisement promising the “best thing ever” and almost no due diligence other than letting the dream of being a “rich man” through successful trading make everything seem like “this might be the one that takes me to the promised land”.  After purchase and study, trading began.  At first, maybe a few wins.  Then the confidence built.  Sometimes the products simply led to constant losses.  But the ones that won provided the confirmation that the dream was just around the corner. And then market conditions would change and the system stopped working, or he merely risked too much, traded too much, or started bending the rules.  Losses would mount, and despair and anger would kick in.  Of course, the issue had to be the system.  So, back he went into the cycle again.  After dozens and dozens of failures, a breaking point was reached and he began to doubt his ability to succeed at all.  What had seemed like a beautiful dream was now turning into an expensive nightmare.  All those marketing promises must have been made by people simply there to take his money.  The game was rigged!  Real systems just didn’t exist, and if they did, no one is sharing them.

In case you haven’t guessed, that trader was me.  So why am I here writing this?  Shouldn’t I be trying a job as a crab fisherman by now?  You see, that wasn’t the end of my story, but rather a turning point.  Sure, I thought about giving up and walking away altogether.  In fact, most people said just that when they saw the havoc this repeated failure had on personal life.

As I write this, I’m sitting in my comfortable home office, enjoying a beautiful sunny day and living the life I dreamed about years ago.

What’s the difference between THAT guy and THIS guy?

A person who is looking to day trade to win, must realize that a successful trader is more than the trading system he or she uses.

Sorry if that’s not what you wanted to hear.  The fact of the matter is it’s much easier to blame the equipment than the trader.  Blame the plane, not the pilot and yet pilot error is the overwhelming cause of a majority of air incidents.  Of course, you get very far on a plane that’s falling apart, but the difference between flying and crashing is not the difference between a P-51 Mustang and the F-35 Lightning II (for you non-flying enthusiasts, one is a WWII bomber, and the other is one of the most cutting edge planes ever developed). 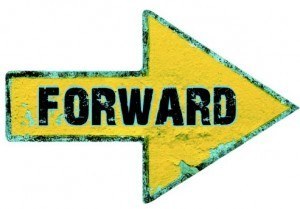 Trading is no different my friend.  Yes, it’s important to have excellent trading tools, and trust me, I wouldn’t be able to do what I do at the level I do without them.  But that is because I have taken the time to learn my craft.  It takes time and heaps of dedication.  The rewards, however, are way more than worth it to me.  Your dream is waiting for you, and you can get there if you want.  But thinking you are going to be able to day trade to win by finding the right system, then you are doing nothing more than saying “It’s gotta be da shoes”.

Join us in our Trade Room and watch how we Day Trade to Win.  Click HERE to Register.